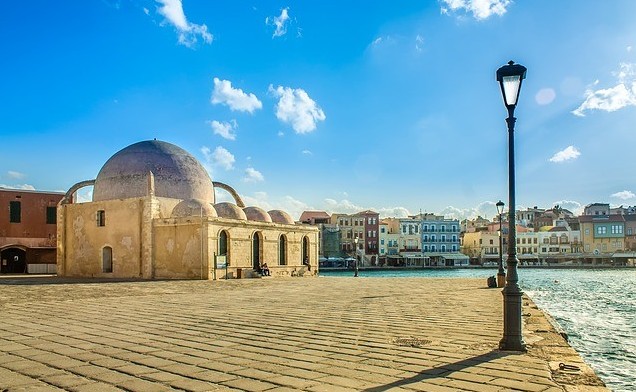 Safety Tips For Driving In Crete

Today we are going to talk about safety tips for driving in Crete, when you visit Crete hiring a car is a great idea because it will help you in going and seeing all the places you want to see, Driving in Crete can be challenging for someone who is not used to driving on narrow roads, as you drive through villages, the roads can be very narrow and you have to be very careful.

Sheep And Goats On The Road 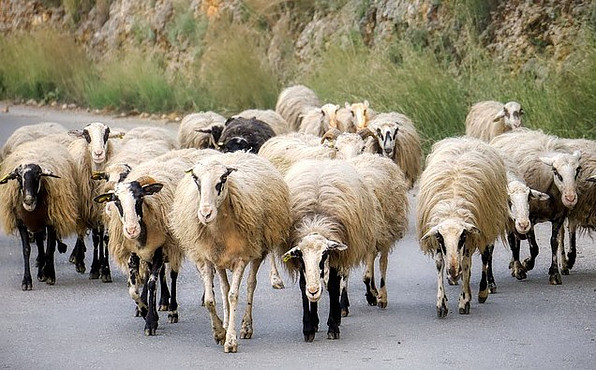 As you drive through the olive, and orange groves, be alert because you might meet up with a herd of sheep or goats or both, the sheep in Crete are not afraid of the cars and so you will have to slow down and just wait for them to get out of the way, some times the sheep will follow the farmer who will be in front driving a pick up track.

I have to admit I found this practice very fascinating because the sheep and the goats they just follow the pick up, unlike other places where the Shepherd is behind the herd, in Crete things are the other way round.

Dogs Are Not Afraid Of Cars

You also have to be aware of dogs, the dogs in Crete are not afraid of cars either, instead of running away from the cars, they actually chase the cars and motorcycles, again this is the first place I have seen this kind of behavior, in other places the dog will get away from the car or motorcycle because of the obvious danger.

But in Crete, the dogs are running after cars and so you need to be careful when driving through the villages, you also need to know that apart from the roads being narrow, you will find places where there are no barriers, on the side of the road and there might be a drop, because most roads in Crete, especially toward the mountains, are built by cutting into the mountains, this also means you have to be very careful of sharp turns so drive slowly.

Also, most roads don’t have the reflecting line at the edge so you might not see where the road ends at the edge, and for this and the other reasons I have mentioned, I say do not drive at night, unless you are very familiar with these roads

I would strongly advise against driving up the mountains at night, if you are not familiar with the Cretan roads, I say don’t drive at night unless you are driving in the towns. If you have gone up the mountains and you are running late, I suggest you look for a bed and breakfast, spend the night and be on your way the next morning when you can see the roads clearly.

In The Villages, The Farmers Will Be Going About Their Business 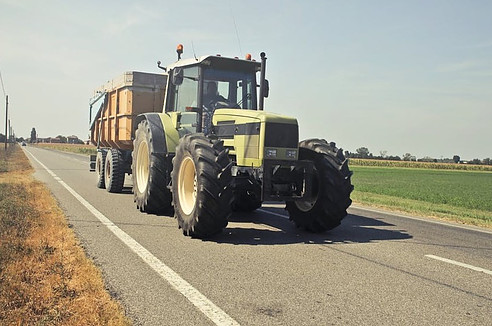 In the villages, you will meet farmers driving their tractors or pick-up trucks filled with food for their animals and what this means is that sometimes the pick-up truck is filled up so high that maybe the farmer will not be able to see you, so you need to let him know that you are there.

Hooting Is Not Rude At All

If you want to attract the attention of the farmer, you can gently hoot to let him know that you would like to overtake him, he will move a bit to the side to give you space to overtake, as you are passing him make sure to say thank you either by pressing your hon gently twice or by smiling and nodding your head.

But hooting gently twice will do the trick just fine. Please be aware that sometimes the driver in front of you might indicate to go right and then turn left instead, or turn without indicating I have witnessed this a lot, so just be aware and maybe don’t get too close to the car in front of you.

On The highway, It’s OK To Drive On The Outside Of the White Line If You Are Not In A Hurry

Unlike many places in the world where you are not supposed to drive on the outside of the white line(the British call it the shoulder but other places in the world call it the emergency lane) on the outside of the road, in Crete that space can be used to let other cars overtake you, if you are just driving slowly and enjoying the view, then move to the side and let the other drivers overtake you.

I can actually point out tourists on the highway because they are always driving slowly but driving in the middle of the road, which makes it difficult to overtake.

What Do The Little Houses On The Road Side In Crete Mean? 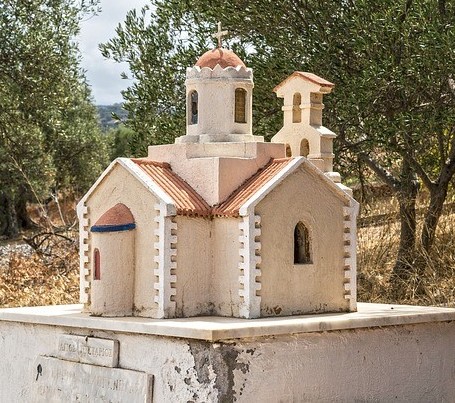 When you are driving, you will see little things that look like doll houses, they will have flowers and in some cases they even might have candles and I am sure you will wonder what they mean, this little houses are shrines built by families who have lost a loved one on that part of the road, so when you see those little houses, be very careful driving because it means somebody lost their life on that part of the road.

When you are driving through the villages, remember, in Crete it’s very common for the locals to stop and say hi to each other so don’t get angry at this, they usually just say hi and then they will proceed with the driving, it doesn’t happen often but it can happen so be aware it won’t happen on the highway though, it’s just in the villages.

Some times they might not stop but they will pass greetings to each other by yelling and you might think they are fighting because the Greek language can sound a bit harsh when spoken very loudly, don’t be alarmed, they are just saying hi and probably sharing a joke 🙂

So enjoy the View And be careful

The views and the scent that fills the air is breathtaking, if you visit Crete in May, you will experience Spring like you’ve never seen before, as you drive by, open your windows and you can smell the sweet scent of Lemon, Orange and Pomegranate blossoms, it’s the sweetest scent I know, sometimes I wish I could just capture it in a bottle.

When you come to a cross at the traffic light, make sure you stop at a distance where you can see the light because unlike other places where you will have lights on the both side of the cross, in Crete many crosses don’t have the light facing you so you will not be able to see the other light across from you, which means you have to keep an eye on the light that is on your side of the cross so you can see when it turns green.

Crete is a beautiful Island and there are so many things to do and to see, and the best way to visit many places is by hiring a car and driving around the Island, that way you can take many pictures and enjoy your holiday, you can stop anytime and anywhere you see something interesting and take a picture.

So enjoy your holiday and be safe. I hope I have given you some helpful tips, please share your views with me in the comment section.