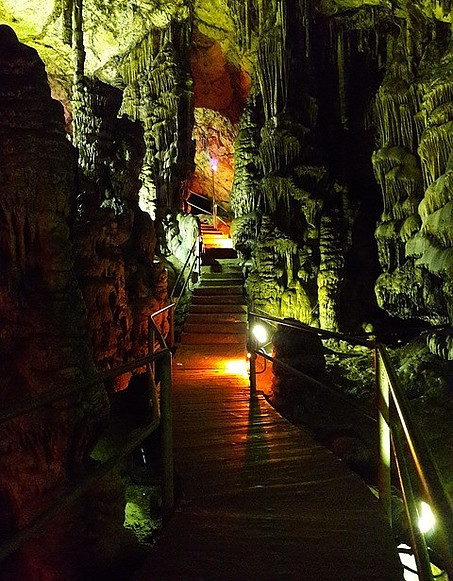 I am so excited to write this article because I get to share a Greek Mythology story, I love the Greek Mythology because those stories are filled with drama, romance comedies and tragedies and monsters, absolutely amazing, as a matter of fact, I am working on a category on my website right here where I will have Greek mythology stories. Anyway, today we are going to talk about the cave of Zeus here in Crete.

The Island of Crete has played a big part in Greek Mythology, we have seen gods and goddesses come to Crete for various reasons, we also have stories like that one of Artemis and Apollo who were born here in Crete after their mother was exiled from Mount Olympus by Hera who was very jealous of her because she was carrying Zeus Children in her belly.

Who Was Zeus And How Did He Come To Crete? 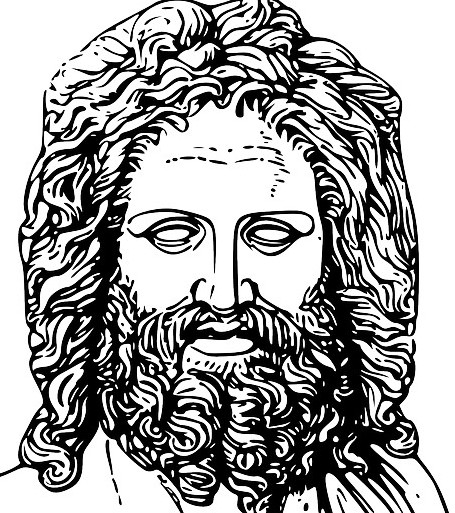 OK, so before we get into the cave of Zeus, lets first get into the part I am most excited about lol who was Zeus and how did he end up in Crete? as you know with Greek mythology, there are many versions of each story but I am going to share with you my favorite version of this story.

As we know, in Greek Mythology, the Olympians defeated the Titans and took over the power and became rulers of the heavens, the sea, and the underworld. So anyway the last Titan god was called Coronus the god of time and his wife was called Rhea the goddess of childbirth, now because there was a prophecy issued by Giah the goddess of Earth that Cronus will be overthrown by his own children, he decided that he will not let that happen.

So every time Reah would have a child Cronus would imprison the child in his own belly, OK, I was trying to make the story pretty but hey, this is Greek mythology so Cronus basically swallowed his children to keep them from taking his throne. Anyway, Reah was getting very angry and devastated by the loss of her children.

By this time she had lost Hera, Hades, Poseidon, and Demeter. So she vowed that the next child she has he will not be swallowed, so she seeks cancel of the goddess of hearth Giah who forged a plan to save the next child by transporting him to the Island of Crete.

Either way, when it was time for dinner and Cronus asked for the child to be brought so he can swallow him, he was given a rock wrapped in baby clothes instead, and he swallowed the rock ( he must have been very hungry). Meanwhile, baby Zeus made it to Crete safely and while there he was raised in a cave on Goat milk and he grew very strong until it(don’t forget to have feta when you come to Crete it’s made of goat milk, you will be strong like Zeus lol) was time for him to return to Mount Olympus and free his siblings from his father’s belly and take over the rule from his father and as we know the same story will repeat it’s self.

According to the oracle of Delphi, Zeus was also going to be overthrown by his own children and since the apple doesn’t fall very far from the tree, Zeus adopted his father’s style of dealing with this problem and so he decided, that he will not just swallow the children but he will eliminate the problem for good by swallowing their mother too.

This happened when Zeus found out that his wife was not just carrying one but two children a boy and a girl, anyway the girl’s name was Athena, so, after swallowing his wife and children, Zeus was enjoying his reign with no worries until one day he had a terrible headache, and when he consulted with the other gods in mount Olympus, they suggested that they should open his head and see what could be causing the problem and guess what was causing the problem, Athena that’s what.

Serves him right for swallowing people ( or gods and goddesses in this case), one thing this story teaches us, you don’t want to swallow women, they will give you a terrible migraine even if you are are the mighty Zeus 🙂

OK Back To The Cave Of Zeus In Crete

Alright, let’s travel back from mount Olympus and into reality, the Zeus cave is located near the village of Psychro, you can easily get there from Heraklion by bus. Just make sure to catch the earliest bus so you can get there early in the morning and be among the first group to enter the cave.

Once you are at the parking lot, you have a choice of either hire a donkey for 15 euros to take you to the cave, or walk there, there are two paths that you can choose from when you are at the parking space, one is the old path which is very slippery but could get you there quicker because most people tend to take the new path.

it’s really up to you but you have to be very careful, as you approach the entrance to the cave, you have to descent 200 steps that are very slippery so again you need to be very cautious, and wear good shoes, at the entrance to the cave you will find a place where you should purchase your tickets, which are just 5 euros for adult and free for children.

Then you are ready to explore the early dwellings of the mighty Zeus, in there you will be able to witness the cradle of Zeus and you will also see the lake and many archeological findings but most of the artifacts can actually be found the archeological museum of Heraklion.

Once you are done exploring the magical cave of Zeus, you can come out on the other side and admire the breathtaking panoramic view of Lasithi Plateau.

The Cave of Zeus is a must especially if you are a fan of Greek mythology, so the next time you find yourself in Crete, make sure to visit the cave of Zeus.

Thank you so much for reading my article, let me ask you, have you visited the cave of Zeus and did you like what you saw? please leave your comments below.